By Wagner Society Qld on 9:10 pm in Essays & Reviews

Der Ring des Nibelungen and Tristan und Isolde, as well as Giuseppe Verdi’s Aida will be performed in Brisbanethis year between late-October and mid-December by Opera Australia, Opera Queensland and the Queensland Symphony Orchestra. It is a rare treat to have professional productions of five of Wagner’s mature works in such close proximity. I can’t wait!

Opera Australia’s new Ring production will be staged in the Lyric Theatre of the Queensland Performing Arts Centre between 10 November and 5 December. The director and designer is Chinese/American Chen Shi-Zheng, and we have every reason to look forward to a fascinating, beautiful and poetic realisation of this incomparable work. 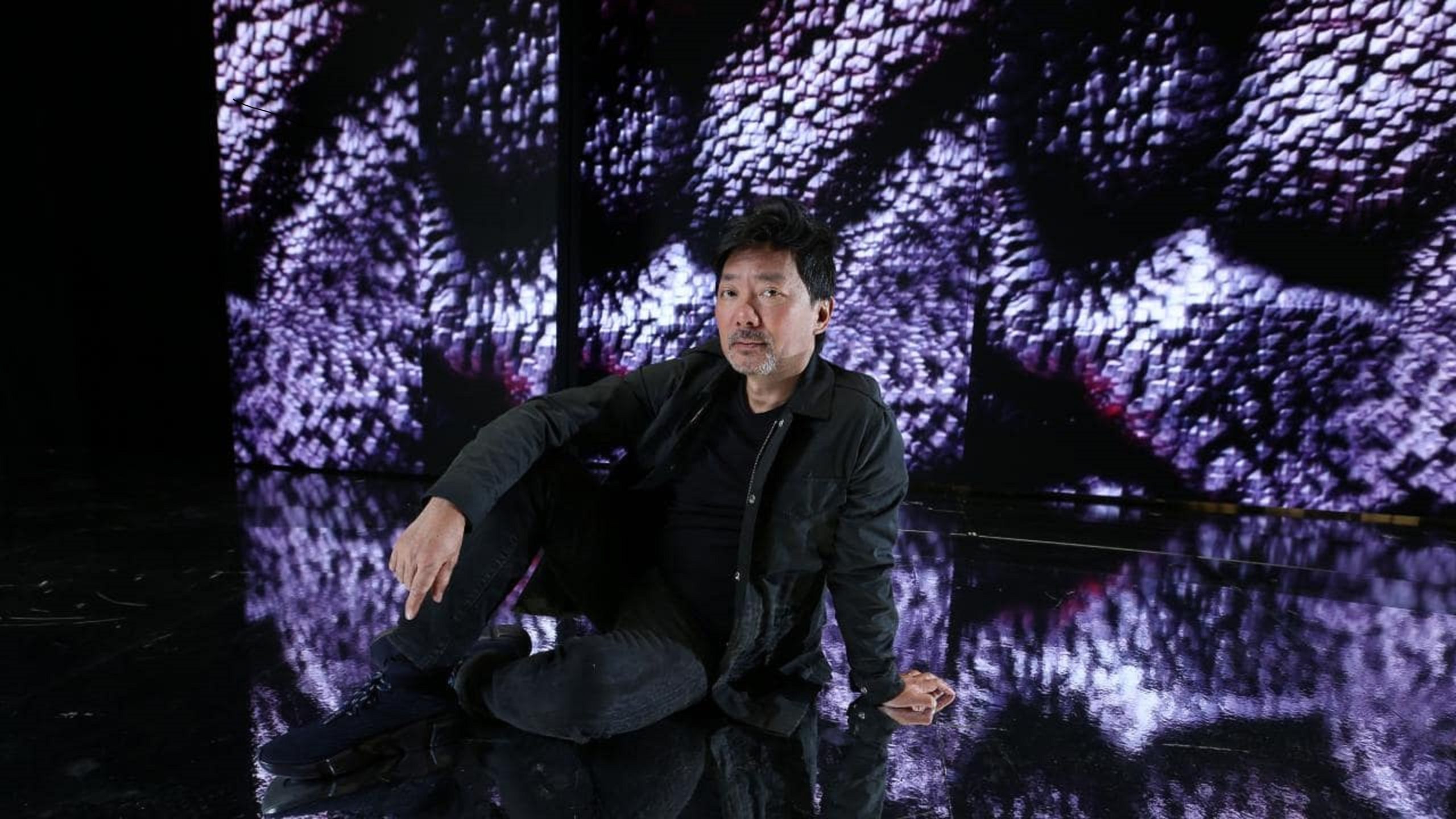 Chen was born in China in 1963 and lost both of his parents during the Cultural Revolution. He developed a deep knowledge of Chinese opera, and emigrated to the USA in 1987, subsequently graduating from the Tisch School of Art at New York University. As well as staging traditional Chinese works, he has directed many western operas in the United States and Europe, including Eugene Onegin, Nixon in China, La traviata, The Coronation of Poppea, Orfeo, Dido and Aeneas, The Flying Dutchman and Così fan tutte – and Turandot for Opera Australia’s ‘Opera on the Harbour’ in 2016.

Chen has been quoted as saying: “Wagner productions, in recent history, are always trying to relate the story of the Ring to current western society. But this story is fantasy, a myth. So, what I want to do is take the myth as a platform to dive into, and reimagine it in the 21st century, in Australia, in this very landscape. The references also relate to where I come from. What we are trying to avoid is using the familiar methods of European cultural reference. We are trying to get away from that.”

He has assigned a different “season” to each of the operas, starting with Das Rheingold, which represents spring, and ending with the winter of discontent in Götterdämmerung.

He says he’ll be careful to not impose too much visual baggage on the music, as Wagner should be allowed to speak for himself. He compares his task to that of a Chinese painter; knowing where to provide detail, and what to leave to the imagination. “I think it is half and half,” he says. “You have to leave enough for people to imagine, but you also want to provide a framework for people to enter into that world. When I listen to Wagner’s music, I respond in my mind. I hope people will have a similar kind of journey, but I don’t want to dictate every second of what people think.”

How refreshing! We know from Wagner’s writings that he deliberately rejected the idea of ‘dictating’ what people should think in the context of his stage works. “I believe it was true instinct” he wrote to August Rӧckel in 1854, “that led me to guard against an excessive eagerness to make things plain, for I have learned to feel that to make one’s intentions too obvious risks impairing a proper understanding of the work in question; in drama – as in any work of art – it is a question of making an impression not by parading one’s opinions but by setting forth what is instinctive. It is precisely this which distinguishes my poetic material from the political material which is virtually all that is current today.”

So, Chen’s approach appeals to me very much. I think we are in for a great experience.

Looking for examples of how Chen Shi-Zheng has drawn inspiration from both European and Chinese sources, I was attracted to one scene in a production of Eugene Onegin for the Spoleto Festival in the USA which he directed in 2017. He set Tatiana’s ‘letter scene’ very simply amongst the silvery trunks of a birch forest – so typical of the Russian landscape. We see the impressionable young Tatiana pondering and then writing her letter to Onegin, confessing her true feelings for him. As she sings, the moon rises from one side of the night sky and passes very slowly behind the bare trunks of the trees, finally disappearing from view as Tatiana comes to the end of her letter. It is simple, uncluttered imagery, but immensely moving and evocative of the poetry and beauty of Pushkin’s tale and Tchaikovsky’s music.

So, how does this relate to Chinese mythology? Well, consider the Chinese myth of the Moon Goddess. She had once been a woman who had rashly drunk a draught of immortality out of love for her husband. But the effect of this was to separate her from him. She then flew upwards to the heavens, and the moon became her residence. Her sad husband was left to worship her from afar – which, when you think about it, is not unlike the fate of Onegin. In the final act, he is left to observe how Tatiana, whose bold declaration of love had once resulted in their separation, is now happily married to Prince Gremin. In her palace in St Petersburg – her distant moon, if you like – she still has feelings for Onegin but has now grown beyond them and she values the love and loyalty of her husband most of all. Onegin is left devastated and alone. Chen Shi-Zheng’s delicate and moving staging was, I thought, a sign of how he could bring new insights and a deft touch to a familiar operatic work. If he displays similar sensitivities in his approach to the Ring, then we have much to look forward to.

The conductor of the Ring in Brisbane will be Philippe Auguin, who has conducted many Ring productions, including for the State Theatre Nuremberg whose production I saw at the International Beijing Music Festival in 2005 – the first-ever staging of the complete Ring in China. He also conducted Washington National Opera’s Ring in 2016 which I remember very well. He has conducted the Vienna Philharmonic, the Staatskapelle Dresden, the Munich Philharmonic, the Royal Philharmonic and all the major French orchestras. He conducted Tannhäuser for Opera Australia in 1998 in a memorable production directed by Elke Neidhardt. The terrific Brisbane cast will be led by Vitalij Kowaljow as Wotan (recently seen in this role in the Salzburg Festival conducted by Christian Thielemann), Allison Oakes as Brünnhilde (she has sung Gutrune at Bayreuth and the Walküre Brünnhilde for Deutsche Oper), and Stefan Vinke, well known to Australian audiences, as Siegfried.

The season kicks off with Tristan und Isolde, semi-staged, on 28 and 31 October in the Concert Hall of QPAC. Conductor Pietari Inkinen will arrive in Brisbane immediately after conducting the new Ring at Bayreuth. I first met Inkinen in 2009 when, barely 29 years old, he conducted an orchestral paraphrase of Tristan und Isolde by Henk de Vlieger with the NZSO, for which I gave pre-performance talks. “My conducting teacher once conducted Tristan und Isolde”, he said, “and this was a very powerful experience and stayed with me for a very long time…. Wagner’s music remains for me both a fascination and a most rewarding step in my career to climb as a conductor.” We remember him of course as the conductor of Opera Australia’s Ring in Melbourne in 2013 and 2016.

The demanding role of Tristan will be sung by New Zealand tenor Simon O’Neill, described by Inkinen as “one of my closest allies in this repertoire and we have both travelled along the Wagner road for a long time.” Simon has performed in the world’s most famous opera houses and festivals (including Bayreuth) with conductors such as Daniel Barenboim, Sir Simon Rattle, James Levine, Riccardo Muti, Valery Gergiev, Sir Antonio Pappano, Pierre Boulez, Donald Runnicles, Christian Thielemann, Simone Young, Andris Nelsons, Esa Pekka Salonen and Gustavo Dudamel. Already a celebrated Siegmund, he will sing Tristan with Santa Fe Opera in mid-2020 and will make his debut as Siegfried in a new Ring at the Deutsche Opera Berlin in 2022.

American soprano Meagan Miller will sing Isolde, a role that she has performed for Opera Leipzig. German mezzo-soprano Anna Werle will sing Brangäne in Italy before appearing in Brisbane. James Roser (Kurwenal) was most recently heard as a splendid Amfortas in Victorian Opera’s Parsifal. Paul Whelan (King Marke) performed this role for the first time in 2014 with the Royal Liverpool Philharmonic Orchestra conducted by Vasily Petrenko.

I shall be giving complimentary pre-performance talks at 10:30 am in the Concert Hall on each Tristan performance day. During the three cycles of the Ring, Professor Stephen Emmerson and I shall be holding talks and panel discussions on 11, 20 and 30 November 2020 in the Ian Hanger Recital Hall of the Queensland Conservatorium on South Bank. Details for bookings are available at: www.qtix.com.au. Following the afternoon session, members of Wagner Societies are warmly invited to join their Queensland counterparts for drinks on the Conservatorium balcony.

A Wonderful Experience: Parsifal in an Unusual Place
MY FIFTY YEARS WITH WAGNER

Twenty-first Annual General Meeting FOLLOWED BY A TALK ON THE NIBELUNGENLIED, BY GEOFFREY FISHER