In August 2019 we celebrated the twentieth anniversary of the founding of the Wagner Society in Queensland. Three of our founding members recall those early days.

As remembered by Jennette Johnstone

In 1988, my husband Alan and I came to live in Brisbane from Melbourne. We had been members of the long-established Wagner Society in Victoria for several years and had enjoyed the talks, films and company of fellow-Wagnerians. Over these first years we became involved with Brisbane’s musical life but missed our Wagner-associated company. As Alan was on the board of the Lyric Opera (soon-to-be Opera Queensland) and Musica Viva, and both of us were involved with the Queensland Conservatorium of Music, we met like-minded music lovers who shared their tales of attending Bayreuth Festivals and opera experiences around the world.

Alan started hosting lunches at the Brisbane Club with all-male friends who themselves had friends who were keen on forming a Wagner Society in Brisbane. The first Adelaide Ring Cycle in 1998 had been enjoyed by many. I remember Alan saying that the only gap in plans for a new Society was ‘secretarial assistance’! Enter John Drew, recently returned to Brisbane from Sydney where he had been an enthusiastic member of the New South Wales Society. He arranged a meeting with interested people at St Lucia Golf Club – with a guest from Adelaide, Peter Bassett.

These two groups of enthusiastic society-starters met together, and on 17 August 1999 a Foundation Meeting took place at 4MBS when a committee was elected, and a draft constitution adopted. The first newsletter was mailed to 35 members in October 1999 with information about the committee membership:

The first evening talk was given at the end of October by Don Munro when he gave an excellent presentation on his and his wife Jacqueline’s attendance at the 1999 Bayreuth Festival. A Christmas Lunch was held on Sunday 28 November at the Cloak & Dagger Restaurant, South Brisbane.

Alan was responsible for organising speakers for pre-concert talks for Musica Viva – a useful source of finding fervent Wagnerians such as Stephen Emmerson, conductor John Matheson with his pianist son, Tahu (now an Opera Australia conductor) and Joseph Ward, with John Woods accompanying young singers. All were enthusiastic supporters and speakers. In our first year, a memorable evening was organised by Tim Marchant, a member of the Queensland Symphony Orchestra. He gathered a group together to play the Siegfried Idyll. [A recording of this performance still exists.]

Membership grew quickly, especially when the Society became eligible for Bayreuth Festival tickets, and the following current members of the Society can proudly date their membership from 1999. 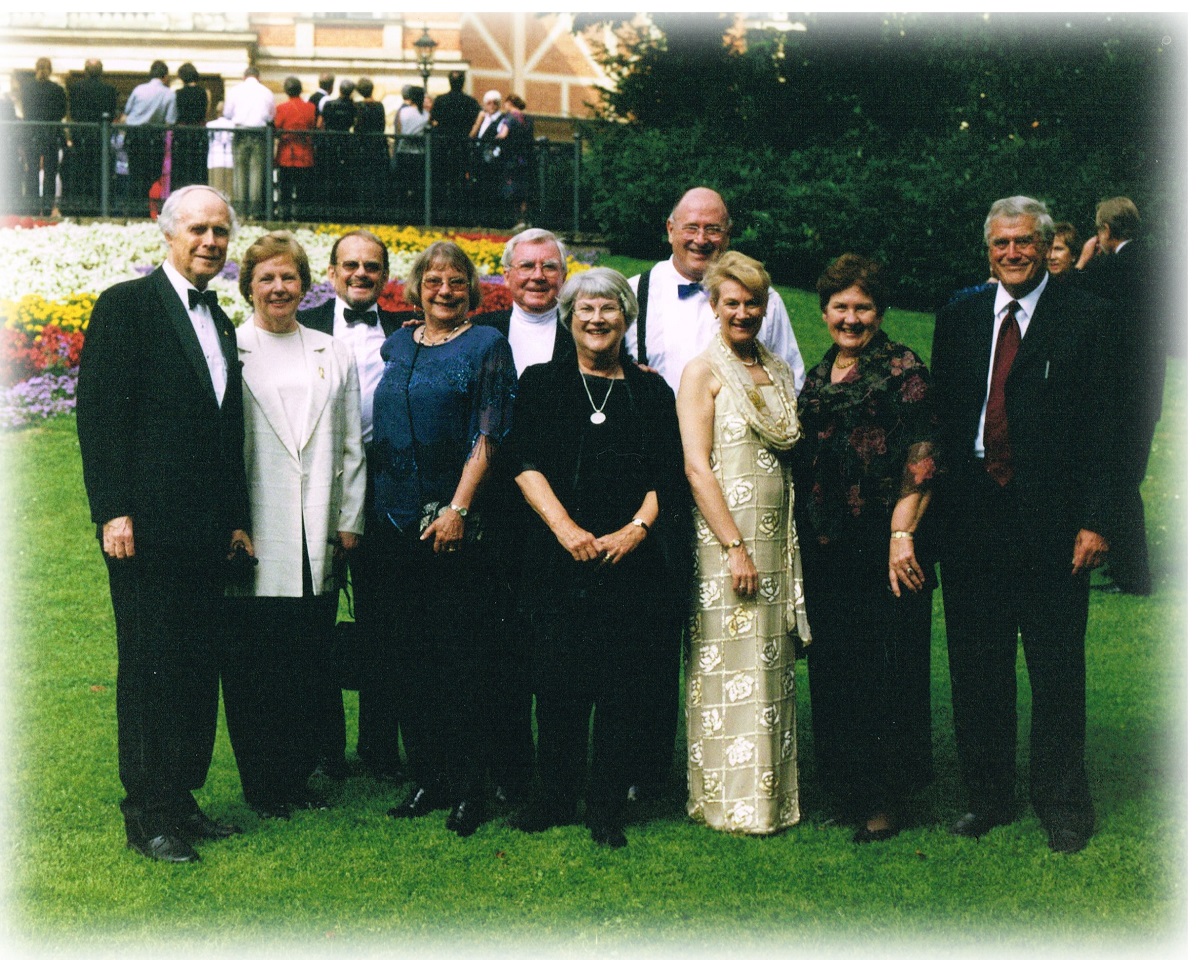 The Wagner Society in Qld was founded in 1999, giving expression to the enthusiasm which many of us felt after the 1998 Adelaide Ring. In early 1999 an announcement was made on 4MBS to the effect that anyone interested in forming a Wagner Society in Brisbane was invited to a public meeting at the Indooroopilly Golf Club. I attended, Hal Davis also attended, and Peter Bassett came from Adelaide to enthuse the expected crowd. Unfortunately, attendance was meagre and so we all just chatted.

The meeting had been called by John Drew and, hearing nothing further from him, I contacted him to find out how things were going. He said he was disappointed with the attendance at the Golf Club and was doing nothing more. I asked if he would mind giving me the address list he had compiled. He did so, and when I contacted Hal, found him most enthusiastic, and he offered his home as a meeting place. I contacted the others on the list and an informal meeting took place, with Hal being most generous as always with food and wine. Everyone who attended gave me more contacts. An early participant was Alan Johnstone, and I learned that there had been much discussion over some months about forming a Society.

The attendee list snowballed, and faxes (yes, we faxed in those days) were sent each month by me about the meetings, which continued to be held at Hal’s house. As soon as we had 20-plus on the list, it became impossible to continue at Hal’s house and a public meeting was held at 4MBS in August 1999. Approximately 25 persons attended and a committee was appointed, with Hal as president, me as secretary and Alan Johnstone as vice-president.

One of my first essential jobs as secretary was to get the Society onto the lengthy Bayreuth waiting list. We were advised to ask for no more than 12 tickets, which I did. To our astonishment, we received 12 tickets the first year! The lucky recipients included Hazel Frances, Barbara Clifford, Neil Fleming, Laurel Sommerfeld, Michael Dyson, Hal and Elvi Davis, David Bray and Pamela Bray, and Don and Jacquie Munro.

David wrote an article about the newly formed Society for the Courier Mail and this generated interest. The tradition of Christmas and Birthday lunches commenced from the Society’s inception. Membership grew, mostly by word of mouth, to 70-plus members in three to four years, and Hal and I continued in our roles for the next fourteen years.

Some memories from Hal Davis

Leading up to the founding of the Society, Alan Johnstone had a luncheon meeting at the Brisbane Club, and I remember that Don Munro was among those who attended. An informal ‘committee’ of three (including me) was formed to carry the matter forward, but nothing much further happened until John Drew called a meeting at Indooroopilly Golf Club. It was there that I met Bryn Thomas and Barbara (now Kathy) Clifford for the first time, as well as Anne Lewis and a few others. Nothing eventuated, much to John Drew’s chagrin. After that, Elvi and I had a series of small dinner parties from which we recruited enough Wagnerians to start a society. A constitution was written, and off we went.

The first Australian singer at the Bayreuth Festival
A Wonderful Experience: Parsifal in an Unusual Place