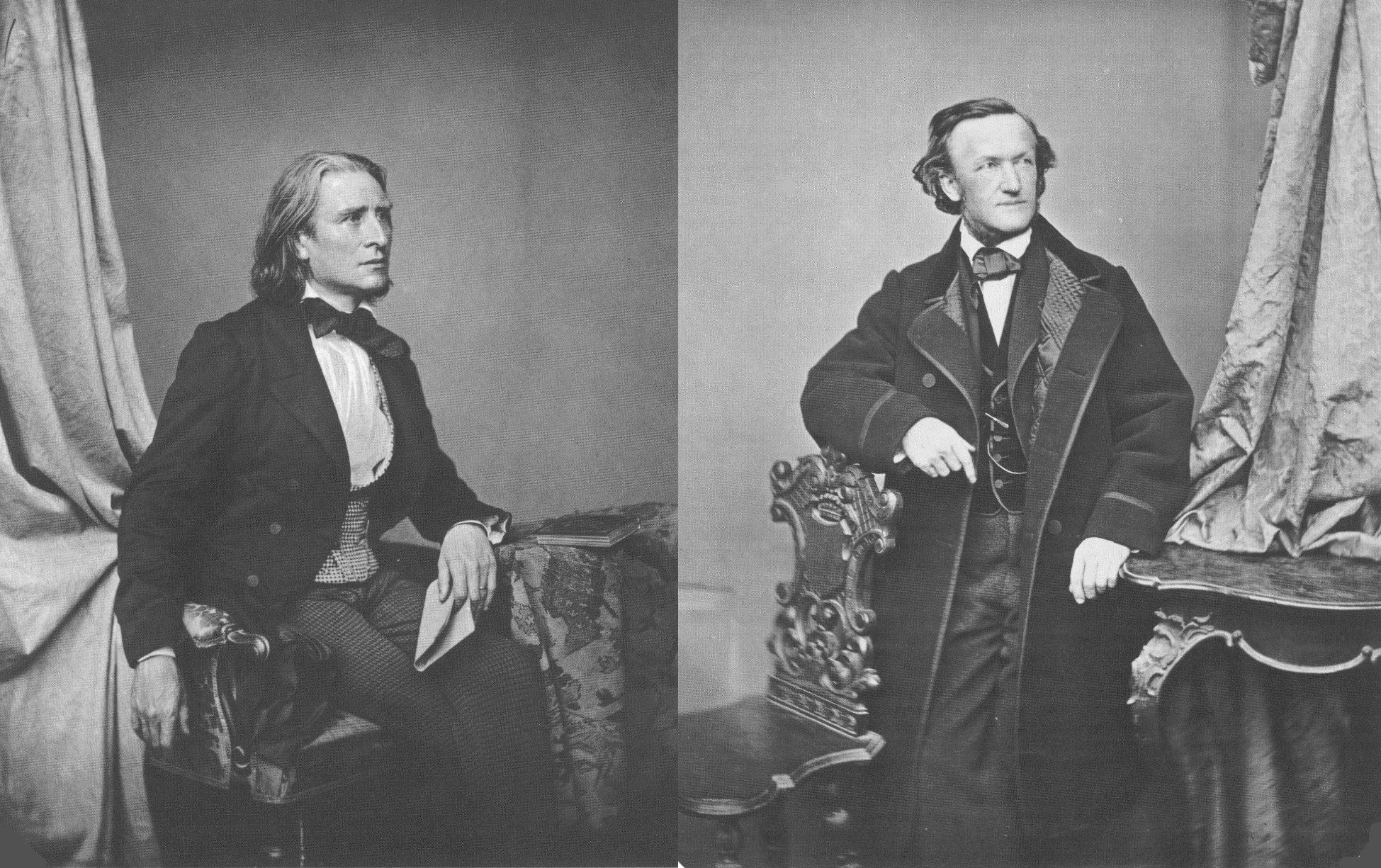 It was not until Franz liszt had abandoned his career as a famous virtuoso pianist that he became acquainted with the music of Richard Wagner. Tired of the continuous travelling and the endless concert giving “like a performing dog” as he described it, Liszt gave up public performances to concentrate on composition, conducting, and teaching. After seeing a performance of Rienzi, he was so impressed that he determined to give performances, in his new position at Weimar, of Wagner’s Tannhäuser and Lohengrin. Indeed, following the banishment of Wagner from Germany following his part in the Dresden revolution, Liszt was one of the few people to champion his works during the years of Wagner’s exile in Switzerland.

Thus began a relationship which lasted until Wagner’s death, a relationship which survived personal disagreements between the two. In particular, Wagner’s affair with Liszt’s daughter Cosima, who finally left her husband Hans Von Bulow to live with and finally marry Wagner, was a stumbling point. Liszt’s admiration for Wagner’s music however, eventually triumphed over such matters. The talk will examine Liszt’s years as celebrated virtuoso, his years as teacher and composer and in particular his musical bond with Wagner. A range of famous pianists from Arrau to Brendel and Volodos will provide examples of his compositions.

In the present circumstances, audience numbers will be strictly limited and registration is required in advance. If you are a member of the Society and wish to attend, please make your payment of $15 as soon as possible to: Wagner Society in Queensland, BSB: 124 021  Account Number: 2261 2919. Please identify your deposit with your name and the month, for example SMITHAUGUST.  And please let the Secretary know at catersfield@hotmail.com , so that your name can be placed on the list. Attendance will be on a first-come-first-served basis, with preference initially given to WSQ Members until the quota is reached. The entrance charge for guests, once approved, is $20.