A STRAUSS OPERA ABOUT HIMSELF AND HIS WIFE

Following Margaret Baker-Genovese’s illuminating talk on Strauss Lieder, we will present a screening of one of that composer’s lesser-known operas which is based on an incident in his own life.

Once, while Strauss was on tour, a letter was delivered to his house and opened by his wife, Pauline. To her alarm, it read as follows:

Darling love! Do get me the tickets. Your faithful Mitze

Frau Strauss took it that her husband was unfaithful and immediately instigated divorce proceedings. The letter was later revealed to have been sent to the wrong person, and conjugal peace was restored.

The incident eventually became the basis for a hilarious opera by the composer, the chief characters of which, Robert and Christine Storch, are amusing but none too flattering portraits of the composer and his wife.

This excellent Glyndebourne production by John Cox is sung in an English translation by Andrew Porter (whose superb translation of Wagner’s Ring will be well known to members), and performed by the talented British soprano Felicity Lott, and Australian baritone John Pringle, a favourite of early Australian Opera audiences.

This is a rare opportunity to experience a different side of the composer of Elektra, Salome, and Der Rosenkavalier. 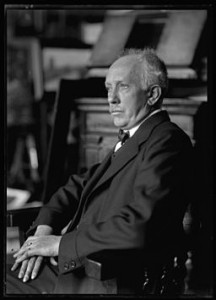