In 1940, following Russia’s non-aggression pact with Germany, the Bolshoi Theatre decided to mount a production of Die Walküre. To direct the opera, the theatre called upon film maker Sergei Eisenstein, famous as the director of THE BATTLESHIP POTEMKIN, STRIKE, and ALEXANDER NEVSKY. In fact, Eisenstein had been fascinated by the Ring saga since his teenage years in the country of his birthplace, Latvia, and answered the Bolshoi’s call by throwing himself enthusiastically into formulating ideas and designs for the production.

Seven years earlier, a young American, Jay Leyda, had been a student in Eisenstein’s cinematography course at the Moscow Film Institute. Leyda became Eisenstein’s stills photographer and general helper on the ill-fated film BEZIN MEADOW. However, as Stalinist repression increased in the mid-thirties, Eisenstein advised Leyda to return to the US. The friends kept in contact, however, Eisenstein sending numerous materials to his student who eventually edited a number of Eisenstein’s writings in English. Leyda received many of Eisenstein’s drawings for sets and costumes for the Bolshoi Die Walküre, photographs, and even the programme, annotated with Eisenstein’s comments.

In the 1970s, Leyda became a professor in New York University’s Cinema Studies Department, influencing Graham Bruce’s decision to conduct his post-graduate research under Leyda’s mentorship. Graham’s talk will use Eisenstein’s sketches, his annotated programme, and photographs to re-create the production. It will show how Eisenstein’s artistic career in film and opera production responded to the increasing political pressures of Stalinist Russia. Excerpts from Die Walküre with contemporary Russian singers will enliven the talk. 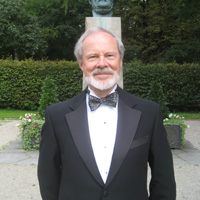 Dr Graham Bruce retired some years ago as Head of Media Studies in the School of Media and Journalism at Queensland University of Technology. He has an MA and a PhD from the Tisch School of the Arts at New York University. He is the author of Bernard Hermann: Film Music and Narrative and Alma Brasileira: Music in the films of Glauber Rocha in Brazilian Cinema.

From the mid-70s he has made 7 visits to Bayreuth, beginning with the 1976 Chéreau Ring premiere and has so far clocked up 30 Ring performances throughout the world. He is particularly interested in stage production, something fostered by his participation in a theatrical group producing musicals in the late 50s and 60s.

Reminder: $5.00 for members & $15 for visitors contribution towards venue hire. 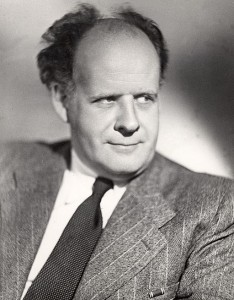