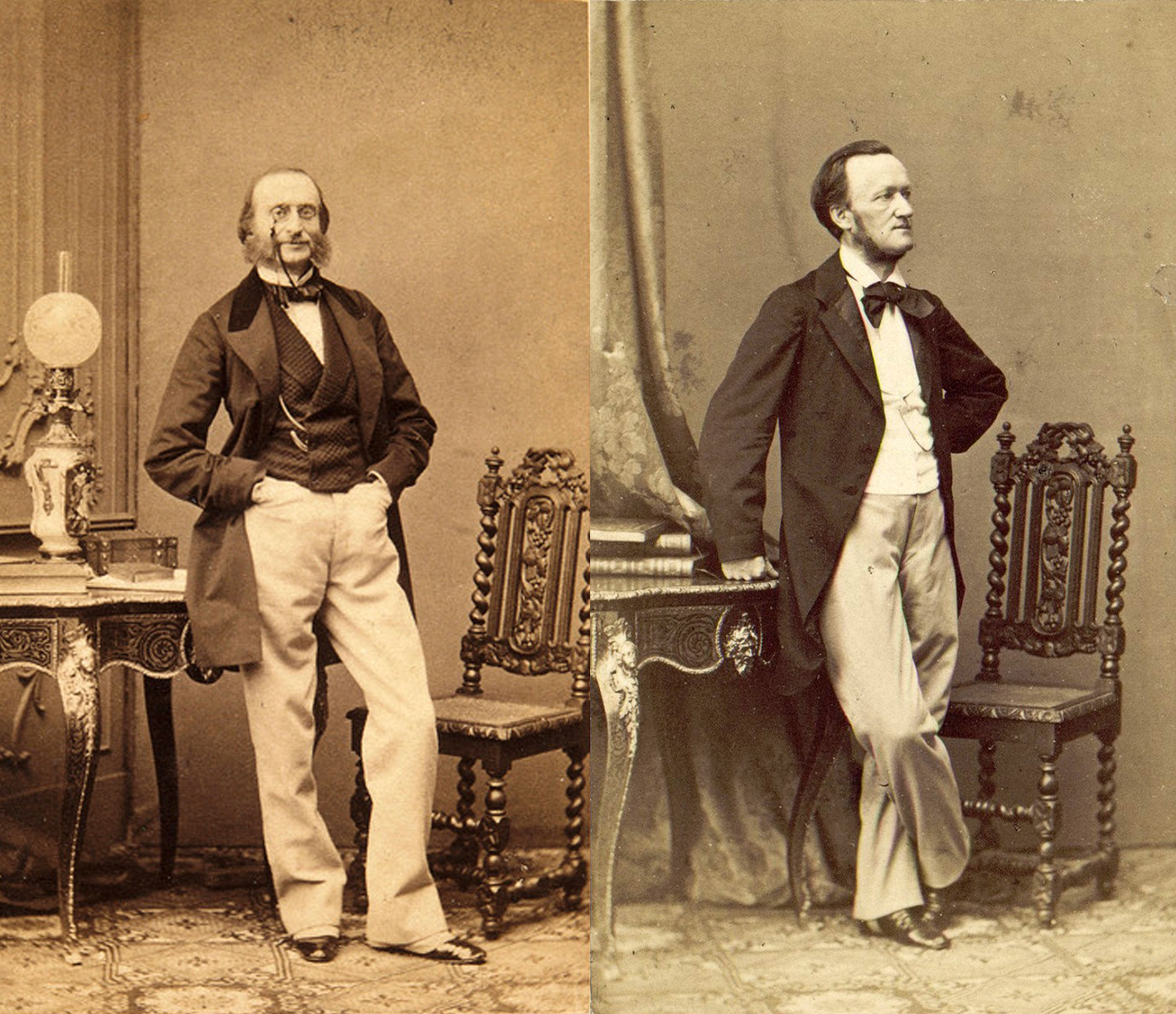 Richard Wagner and Jacques Offenbach pursued fame and fortune in Paris in the footsteps of their countryman Giacomo Meyerbeer, but whereas Wagner soon abandoned his Second French Empire persona, Offenbach cultivated his until the outbreak of the Franco-Prussian War. While lampooning Wagner’s achievements and engaging him in an on-going public spat, Offenbach revealed something of his true feelings by writing a serious opera with the Wagnerian-sounding title of Die Rheinnixen (staged Vienna 1864) and quoting it in his most celebrated work (unfinished at his death) drawing on tales by E T A Hoffmann.